Carol Crone
CRONE, Carol Theresa –Peacefully surrounded by her family at home in Port Dover on April 27, 2021 in her 94th year. Predeceased by her loving husband Jim Crone. Dear sister of James Smith and Joy Slusarenko and the late Jean Burley, Mary Dougherty, Stan Coussens, Jere Smith and John David Smith. Loving Mother to Sharon (the late Ron) Bush, Merejean (Lloyd and the late Paul) Dent, Julie (Larry) Nunn, Marlene (Walter) Butler. Predeceased by son Tom Crone. Proud grandmother to 11 grandchildren, 29 great-grandchildren and 4 great-great-grandchildren.
Carol was a hard working lady who epitomized Port Dover having lived there for 70 years with employment at The Erie Beach, Misner’s Fish factory, Ivey’s greenhouses and B&B Catering. Carol will always be remembered for her love of family, her homemade cookies and canning and her longtime commitment as a volunteer of the Royal Canadian Legion, Port Dover Branch #158.
Due to Covid-19 restrictions services for Carol will take place at a later date. Arrangements have been entrusted to Thompson Waters Funeral Home, Port Dover (519) 583-1530. For those wishing to make donations they are asked to consider the Port Dover Legion, Branch 158. Online donations and/or condolences can be made at www.thompsonwatersfuneralhome.ca

Arvilla “Faye” Snow
SNOW, Arvilla “Faye” – At Norfolk General Hospital, Simcoe on May 7, 2021, Faye Snow of Vittoria in her 89th year. Beloved wife of Neal Snow for 69 years. Dear mother of Terry Snow (Brenda), Daryl Snow (Barb) and Tammy Hutchinson (Ken). Cherished grandmother of Jeremy (Amanda), Sarah, Shay, Keelyn (Jon) John, Carolyn, Tracy and Paula and great grandmother to Nathan and Haila. Faye is survived by her siblings Clark Smith (Brenda) Gerald Smith (Betty), Craig Smith (Diane), Wayne Smith (Addie), Darlene Smith and Sandra Misner (John) sister-in-law Judy Snow and many nieces and nephews. Predeceased by her parents Orly and Grace Smith, brothers Eugene Smith, Dale Smith and sister Bea Bezzo and in-laws Dave Snow and Gail Smith.
Faye was a well known Support Worker for the V.O.N. for many years. A family graveside service will be held at Vittoria Baptist Cemetery with a Celebration of Life at a later date. Those wishing to remember Faye may do so by donating to the Norfolk General Hospital Foundation or the Who Did It Club.
Arrangements entrusted to The Ferris Funeral Home, Simcoe. Online condolences at ferrisfuneral.com

Margaret Watters
WATTERS, Margaret Alice (nee Ryerse) of Port Dover, passed away peacefully, at her home, surrounded by the love of her family on Monday, May 3, 2021 in her 90th year. Predeceased by her beloved husband, Alexander in 1980. Loving and devoted mother and mother-in-law of Tim and Shelley, Mark and Rosemary, David and Patti, Karen and Corky Van de Polder, Deanna, and Joanna and Bob Crawford. Dearly loved by her 13 grandchildren and many great-grandchildren. Predeceased by her parents James Edward Ryerse and Katie Belle (nee Smith) and her brother, Ross Malcolm.
Margaret grew up on a farm in Marburg, Ontario. After high school, Margaret trained at the Hamilton General Hospital as a young nursing student. She later became a registered nurse and cared for many while at the General. When she married Alex, they lived in many provinces where Alex was stationed as an RCMP officer.
She was a faithful member of St. Paul’s Anglican Church in Port Dover. She was a devoted member of the Women’s Auxiliary church group, volunteering in the community and, in particular, making quilts for babies in need. She was extremely creative, enjoyed sewing, reading, solving jigsaw puzzles and cultivating her beautiful gardens. Her childhood homestead where she lived in Port Dover, built a century ago by her grandfather, Francis C. Smith, continues to provide the same warmth and beauty to her family since 1920.
Margaret’s beautiful smile and sunny disposition are what drew others to her. Her elegance and grace shone in a calm and gentle way. She will be lovingly remembered by her family who cherish her in every way.
Due to the Covid-19 restrictions all services will be private. The Reverend Tony Bouwmeester officiating. Arrangements have been entrusted to Thompson Waters Funeral Home, Port Dover 519-583-1530. For those wishing, donations to Children Believe would be greatly appreciated. Online donations and/or condolences can be made at www.thompsonwatersfuneralhome.ca

John Raymond Knister
John Raymond Knister – died 11 May 2021 in his 85th year at Fort Saskatchewan hospital after a recurring illness. Johnny was the son of Raymond and Myrtle (Gamble) Knister and beloved brother of sisters Imogen (Knister) Givens, Christine (Grace) Ivey and brothers Gary Grace and Terry Grace.
His father Raymond drowned while swimming. Myrtle and the kids moved back to Port Dover where her parents George and Sarah Gamble lived. Myrtle married Christy Grace and Imogen and Johnny Knister and the new kids Christine, Gary and Terry grew up in Port Dover.
Johnny started work on the lake freighters then worked and lived right across Canada. He married Anna Lampkin from Waterford. They had three sons – Jeff, Darrell and Greg. John completed a 31-foot steel sailboat at Hoover’s Marina in Nanticoke, shipped it out to Vancouver to sail the Gulf Islands and started a small boat building business.
They lived in Lakefield, ON; Nanticoke, ON; Port Dover; Pender Island, BC; Vancouver Island; Milton, NS; and Fort McMurray, AB. Johnny retired from Fort McMurray Oil Sands and moved to Edmonton to be close to his son Darrell. His wife Anna Knister and sister Imogen (Knister) Givens predeceased Johnny. Covid conditions have delayed final arrangements.

Norma McRobbie
Norma Madge McRobbie (nee McNally) of Port Dover. Ontario
April 27, 1931 – May 14, 2021
Norma Madge McRobbie (nee McNally) in her 91st year, peacefully passed on May 14, 2021. Beloved wife and best friend of John R. McRobbie for 51 years. Loving mother of George (Julie), Dana (April), Wendy (Neil), Colin, Janet (John), Norma Jean and John. Cherished and loved grandmother of 25 grandchildren, 25 great-grandchildren and 1 great-great-grandchild. Survived by her brother, Donald McNally and many nieces and nephews. Fondly remembered by her best friend Gayle (Brian). Predeceased by her granddaughter, Terie and several of her siblings.
Following the family’s wishes there will be a private family celebration of life at a later date.
Arrangements entrusted to Thompson Waters Funeral Home, Port Dover (519) 583-1530. Those wishing to remember Norma are asked to make a donation to the Canadian Cancer Society. Online donations or condolences can be made at www.thompsonwatersfuneralhome.ca

Maryke Beatrys Smith
SMITH, Maryke Beatrys – Passed away in the comfort of her own home in Port Dover on Wednesday, May 12, 2021 surrounded by her family. Pre-deceased by her parents Rudolph (1973) and Johanna ‘Ann’ (1998) Godron. Survived by her husband of 53 years, Ian Smith. Dear mom to Leslie (Jake) and Matthew (Melissa). Loving grandmother to Steven, Bradley, Samantha, Abbie, Megan and Colton. She will be missed by her siblings Nellie (John) Kinnear, Rudy (Monica) Godron, Marilyn (Glen) Spain, many nieces, nephews and lifelong friends Eleanor, Gwen, Jean and Penni. Predeceased by her sister Eveline ‘Evy’ Godron (1991). Maryke was born in Apeldoorn, Netherlands.
Maryke graduated teachers’ college and began her career in 1967 at Doverwood Public School as a grade one teacher. She fell in love when she met Ian at The Summer Garden; they were married in 1969. Together they welcomed Leslie and Matthew into their lives. Throughout Maryke’s teaching years her love for her students continued even after they moved on from her classroom. The Christmas concerts and pioneer units were a favorite.
Maryke’s love for teaching took her all the way to China in 2002. This was one the most rewarding experiences of her career before retiring in 2005.
Maryke’s love for her family, students, animals, nature, gardening, and the Royal Winter Fair & Horse Show were the simple and pure things that brought happiness into her life.
Cremation has taken place. Serenity Burial & Cremation Services Inc., 361 Main Street, Port Dover (226) 290-9093 have been entrusted with the arrangements. Due to Covid-19 restrictions, a service will take place at a later date. For those wishing to make a memorial donation in Maryke’s name they are asked to consider the Who Did it Club, 36 Hillcrest Rd, Simcoe, Ontario N3Y 4K6 or a charity of your choice would be appreciated by the family. Online condolences can be left at www.serenityburialandcreamtion.com

Kevin Berry
BERRY, Kevin “Bubbles” Douglas – passed peacefully surrounded by loving family at the Emmanuel House Hospice, Hamilton on Tuesday, May 18th, 2021 in his 62nd year. Cherished son of Joyce and the late Brian Berry, loving father of Brooke Berry of Hamilton and Josh Berry (Kaitlynn) of Binbrook, grandchildren Liam, Mason & Arabella. Kevin will be lovingly remembered by his brother Keith Berry (Donna) of Port Ryerse and by nieces, nephews & extended family. Predeceased by his sister Karen Berry (2009).
Due to Covid restrictions, a celebration of life will be held at a later date. Those wishing to donate in memory of Kevin are asked to consider the Cancer Support & Resource Program. Donations may be mailed to the Jason Smith Funeral Chapel, 689 Norfolk St. North Simcoe N3Y 3R3. Personal online condolences at www.smithfuneralchapel.com (519) 426-0199. 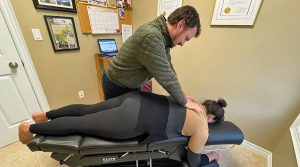