Writing in his own words in this week’s issue of the Maple Leaf, Dr Matt Strauss provides this comment to local residents on his views. 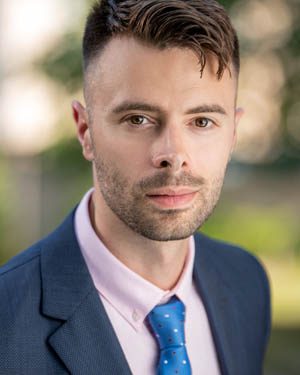 These are
my views

I AM HONOURED and excited to be appointed Acting Medical Officer of Health for Haldimand and Norfolk.

The pandemic has been difficult for all of us in so many ways. As a critical care specialist, I have practiced ICU and internal medicine in the region going on 10 years. I have seen firsthand the devastation Covid-19 pneumonia can cause in vulnerable persons and communities.

I have also seen the extraordinary and life-saving power of the available Covid-19 vaccines to prevent such devastation. I am excited to continue the hard work of vaccine rollout in the communities of Haldimand and Norfolk with particular attention to, and compassion for, underserviced, vulnerable, and potentially vaccine-hesitant individuals there.

In my clinical practice, I have generally found that nuanced, personalized and non-coercive conversations help individuals make the best possible health care decisions to the benefit of both their health and the public health. Such approaches are generally well-evidenced by the scientific literature.

My clinical practice has always been explicitly science-based. As a frontline ICU physician treating Covid-19 patients, I have always applied the highest-quality scientific evidence to their care.

I have been and remain skeptical of some proposed therapies such as: hydroxychloroquine, azithromycin, ivermectin, Remdesivir, and empiric anti-coagulation. Such healthy skepticism has been validated by subsequent clinical trials.

“In the practice of medicine, clinical or otherwise, the ancient ethic of “first do no harm” is paramount.”

I bring similar skepticism to novel non-pharmaceutical interventions such as stay-at-home orders. So far, most trials that have compared Covid-19 mortality between jurisdictions with stringent lockdowns against those with more liberal approaches have not demonstrated any mortality reduction from the more stringent policies.

The scientific method is characterized by the skeptical interpretation of this sort of empiric (i.e. real-world) data. While thought provoking, purported mortality benefits of lockdowns from computer projections based on case-rate extrapolations are unfalsifiable and therefore less scientific, in the strictest sense of the word.

In the practice of medicine, clinical or otherwise, the ancient ethic of “first do no harm” is paramount. I do believe that further use of lockdown measures must therefore take their potential harms into account. I note with dismay that opioid deaths among young Ontarians more than tripled over the first period of lockdown in 2020.

I welcome conversation and fair criticism of these science-based views. Such discourse is part of the scientific process. The politicization of my appointment and ad hominem attacks against me, conversely, are not.
In fact, such attempts are themselves anti-scientific. Science is not a popularity contest, nor is it an agglomeration of credentialed opinions.

My life’s work has been to save lives. Any suggestion that I am “anti-science” or opposed to “life-saving measures” is untrue and inappropriate.

As an academic, freelance journalist, and physician-advocate, my conscience has at times compelled me to criticize government policies in the Spectator, Toronto Star, Toronto Sun, National Post and on my personal Twitter page. It has sometimes behooved me to use sarcasm or eye-catching analogies. In my new office, it will not.

If I have a disagreement with government policy in my new role, I expect that it will be professionally discussed between colleagues. Of course, in those areas where provincial officials choose to exercise their authority, I will respect their privilege to do so. These are the legislated rules in Ontario.

I am very thankful for the dozens and dozens of expressions of support I have received from academic physicians, scientists, and frontline health-care-workers, as well as community members and elected officials in Haldimand and Norfolk. I am looking forward to getting to work.

Click here to also see the comments written in her own words by Kristal Chopp about the appointment of Dr Matt Strauss, the new Acting Medical Officer of Health for Haldimand Norfolk.

Free concert at waterfront this Saturday

PORT Dover is celebrating Canada Day on Friday with a return of the traditional day-long program. After two years of very slimmed down Canada Day