After more than three years of planning and waiting, the Port Dover Senior Centre will open by mid-March.

A rental agreement between Port Dover Board of Trade and Norfolk County’s Community Services Department was signed on Feb. 14 to use Room C at the Port Dover Lions Community Centre as a drop-in location for seniors and retirees to socialize, participate in group activities and information sessions, organize special events, and make new friends.
The COVID-19 pandemic delayed the opening of the proposed senior centre by almost two years.
Initially the Board of Trade was on-track to open the centre at the Port Dover Scout Hut in the spring of 2020, but the state of emergency declared by the province on March 13 caused an immediate postponement of activities. Subsequent delays to Ontario’s reopening plans necessitated further postponements.

Based on the feedback from that meeting, Mr Veri prepared a survey that saw close to 300 people respond.
The survey revealed the preferred location for the seniors centre was Port Dover Community C 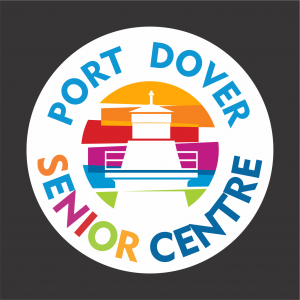 entre. Preferred activities included casual socializing, scheduled recreation and classes, light fitness and exercise programs, along with speakers and information sessions.
In January 2019, Mr Veri was contacted by Norfolk County’s General Manager of Community Services Bill Cridland, who offered county support for the project.
At the time, the Community Centre was not considered a suitable location for the senior centre, but Mr Cridland offered the Scout Hut, located in Kinsmen Park, as an alternative. Mr Veri accepted the offer.
“I was happy to get the call from Bill,” Mr Veri recalled last week. “I’d worked with him on projects before and I knew he’d help me get the senior centre done if it at all possible.”
The partnership allowed Mr Veri to write an Ontario Trillium Fund Seed Grant application for funding to get the project moving forward. Port Dover Board of Trade agreed to manage the project, including filing the application and providing credible financial oversight. In the late summer of 2019, a grant was received to fund a trial run and measure community interest in a permanent senior centre project.

In the fall of 2019, Board of Trade directors Gary Hepburn, Nick Childs, Paul Morris, and Glenn Tweedie formed a senior centre subcommittee to oversee the project. A Transition Team of local seniors was named tooversee the creation of the not-for-profit organization and ensure that community members were providing leadership and insight. The team included Randy Miller, Ev Deming, Steve Brightman, Cate Evans, Sue Finnie, Jackie Misner-Hilton, and Shawna Greatrix.
Incorporating a not-for-profit group requires drafting a constitution, by-laws, and policies. Once completed, these are submitted to the province. Mr Veri wrote the initial drafts which were then scrutinized, amended, and ultimately approved by the Transition Team in March of 2020.

A membership drive was scheduled to begin April 1, 2020 and the senior centre was set to open at the Scout Hut by the end of the month. The state of emergency declared by the province on March 13, 2020 led to an indefinite postponement.

In 2020, Norfolk County asked community groups to take over operations of community centres and arenas. This development created the opportunity to open the senior centre in the Port Dover Lions Community Centre after all.
Mr Veri met with the Port Dover Lions Club in Sept. 2020 about a potential partnership. This led to an agreement that if the Lions were successful in their bid to manage the Community Centre, the senior centre would become a tenant.

In February 2021, $100,000 was granted by the Ontario Ministry for Seniors and Accessibility to help with the senior centre’s eventual operations, including funding for activities, staffing, overhead costs, and programming fees related to elder abuse prevention, food security, and advocacy. The application was supported by a letter from MPP Toby Barrett directly to the Minister for Seniors and Accessibility, Raymore Cho.
The grant also included funding to initiate an Age Friendly Community Plan for Norfolk County, in line with standards established by the Province of Ontario.

“There is currently no municipal plan for seniors in Norfolk County,” Mr Veri explained. “I know there’s enough support in Port Dover to at least get things started, so I figured why not roll the early stages of something that could eventually benefit all Norfolk seniors into the senior centre plans? These things have to start somewhere,” he said.
In the summer of 2021, the Port Dover Lions received confirmation that the club would be the new operations managers of the Port Dover Community Centre allowing the senior centre its preferred location.
“The way things went is surreal. On one hand, the pandemic has been a terrible delay for the senior centre project, but on the other, we essentially were able to skip a lot of the growing pains we would have faced at the Scout Hut,” Mr Veri said. “At this point, I’m choosing to see blessings wherever I can.”
Port Dover Senior Centre was provincially incorporated as a not-for-profit corporation in Sept. 2021. With this status, the organization can operate as its own business, elect its own board of directors to govern operations and apply for its own funding – independent of the Board of Trade.

“Empowering seniors to run the centre and make their own decisions moving forward was a top priority from the beginning,” Mr Veri said. “This project should be led by members to make sure the needs and wants of Port Dover seniors are the primary consideration as decisions are made.”
The remainder of 2021 was spent requesting grant extensions and drafting safe opening plans.

Next steps include a membership drive, scheduling programs, electing a board of directors, and creating committees.
Membership forms will be available online at portdoverseniors.ca and at the Board of Trade office on Market Street West. Annual dues were set at $50 by the Transition Team, based on the 2019 survey. Membership dues will go toward operating expenses, including rent and program costs.
Mr Veri has started booking programs. An initial schedule will be announced soon. A new survey asking potential members what programs they are most interested in is also available at portdoverseniors.ca.
A general meeting will be scheduled in April to provide a project update and elect a board. Nomination information will be available in March. Only members in good standing will be eligible to serve on the board and committees.

“I am sincerely grateful to everyone who volunteered to help move this project forward, and to all the community organizations who provided support and leadership,” Mr Veri said.
“The Kinsmen, Lions, Board of Trade, Norfolk County, and the MPP’s office working together in partnership with senior volunteers to help make the senior centre possible is something the whole community should be proud of. I’m looking forward to the next stage of this project.”

Membership and programming announcements will be made online at portdoverseniors.ca and in the Port Dover Maple Leaf. The website also includes an option to sign up for an email newsletter. To contact Adam Veri regarding the senior centre, email averi@barberveri.com or call 519-583-1188.
For more information about the Port Dover Board of Trade, visit portdover.ca or call 519-583-1314. 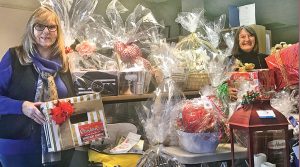 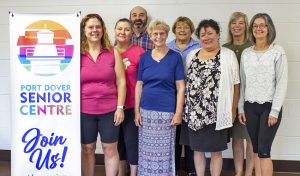 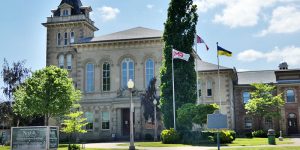