Closed for a full year, but the theatre has not been idle

IT was a year ago this weekend that Lighthouse Festival Theatre closed to the public. A year later, the pandemic keeps the doors closed at Port Dover’s popular entertainment venue that draws more than 30,000 patrons each year.

On Friday the 13th in March 2020, responding to the increasingly urgent advice of government officials and the Haldimand Norfolk Health Unit, senior staff and the board executive huddled in Artistic Director Derek Ritschel’s office. In those days before Zoom meetings and social distancing, four people crowded into the office and two joined by telephone.

With what was known about the spread of the coronavirus and the medical advice, there seemed no safe way to have over 300 people sit together in a theatre. The decision was made to immediately close the theatre for two months and continuously review the situation.

The theatre’s year-round shows help to fill restaurant seats and bring shoppers into Port Dover stores. With the theatre closed, the effect has been felt in the local economy.

But that doesn’t mean nothing has been happening at Lighthouse for the past year.

Mr Ritschel says that when the theatre closed “we made a conscious decision to get things done and not sit and wait out the pandemic.”

Inside the building, stage lights and cables and overdue maintenance which are all more difficult to do when in constant use have been worked on. Mr Ritschel has been hands-on with the repairs and says the improvements will make for a better theatre experience when the stage reopens and will make the theatre run more efficiently.

On the artistic side, Mr Ritschel has also been busy.

He says he is sent at least 80 new plays a year to read but quickly admits he can’t read them all. He does start reading each one to see if it is something that would appeal to Lighthouse audiences.
Lighthouse prides itself on working with playwrights to develop new Canadian plays that premier on the local stage.

In three of the last four years, plays commissioned by Lighthouse have been in the top three spots of the national Playwrights Guild of Canada awards in the comedy category. In 2019, ‘Hurry Hard’, the curling comedy by Kristen Da Silva – that premiered here to sold out audiences – was named the best new comedy in Canada.

Plays take years to go from a concept to the stage and Lighthouse currently has several plays in various stages of development.

Mr Ritschel started working with Jamie Williams on his play ‘Pinkerton Come to Prospect’ in 2018. Over the years, they have worked through multiple drafts of the script, peer workshops, and readings with actors to fine tune each character and perfect every punch line.

”The stages and seats may be empty these days but that doesn’t mean there isn’t lots happening behind closed doors. Through the generous support of the Lighthouse Festival Theatre, I’ve been able not only to further the development of my latest play, ‘Pinkerton Comes To Prospect’, but also to garner a nomination for the Playwrights Guild Comedy Award. This couldn’t have happened without the readings, workshops and dramaturgy that Derek Ritschel and the Lighthouse have provided. They’ve been instrumental in allowing my work to continue in these difficult times. And I’m just one of the many artists Lighthouse continues to support. I can’t thank them enough,” said Mr Williams.

Mr Ritschel says he has also used the last year to think and plan for the future with new plays.

Drew Hayden Taylor, an Ojibway from the Curve Lake First Nations in Ontario, has worn many hats in his career from performing stand-up comedy at the Kennedy Center in Washington D.C., to being Artistic Director of Canada’s premiere Native theatre company, Native Earth Performing Arts. An author of more than 20 plays, Mr Taylor has been commissioned by Lighthouse to write “Open House”.

The play features a group of Toronto house buyers all vying for one particular property. Something happens in the neighbourhood and the group is all sequestered together. An Indigenous woman, an Asian man, a Black man, the white real estate agent and a Jewish woman ask tough questions of each other. In a comic way, the play presents a social commentary on adversity. Still a work in progress, the play is at least two years out.

Peter Colley is known for his suspense-filled stage work and has been working on a new play provisionally titled “The Real Sherlock and the Stone of Destiny”. This story explores what, or who, inspired Arthur Conan Doyle to create the beloved character of Sherlock Holmes.

As Mr Colley works away on each scene and character he is grateful to have Lighthouse’s support.

“The Lighthouse Festival Theatre has been my main source of hope during the pandemic. I’ve been working on a new play just for the Lighthouse and it has kept my spirits up during this most difficult time for playwrights.”

“The Lighthouse Theatre, true to its name, has kept the beacon of hope alive in this dark time, promising a revitalized future with a theatre filled with laughter and applause again,” says Mr Colley.

Kristen Da Silva is nearing completion on her new one-act play “Beyond the Sea” that takes place on the Port Dover pier.

Lighthouse is also working with the creative team behind ‘Tip Of The Iceberg’ – Jannine Bouw, Chris Rait and Mark Williams – to get this new Canadian musical closer to the stage. This team of locals is creating a one-act play based in Newfoundland.

When Aaron Jan reached out to Lighthouse Theatre with a proposal for his new play ‘PING!’, Mr Ritschel said “it was clear that this was a story Lighthouse wanted to be a part of.” The play is described as “an epic coming of age, sports comedy about two young women and their journey of competing in a legendary doubles table tennis tournament.”

Mr Ritschel’s latest idea for a play is just getting started and will be about Port Dover. He says some years ago he became aware of the Japanese cherry trees that were presented as a gift to the town in the 1950s. He later learned of Kobi Kobayashi and Port Dover Lions Club’s involvement with organizing a large gift of clothing to a Japanese community after World War Two. Some years later, as an expression of their thanks, the Japanese government sent cherry trees that flowered each spring for the next half century. Mr Ritschel said the story returned to him this past year as he had time to reflect. He is now in the process of searching for a playwright with a Japanese background to begin the three to four year process of writing a play.

When theatre safely returns, Lighthouse will be ready with a rejuvenated stage and new plays to entertain audiences.

Positive about the future of live theatre in Port Dover

“This is quite welcome news for our Lighthouse Festival Theatre and all who enjoy its offerings,” said Mr Barrett. “Lighthouse Theatre is an anchor for our area’s visitor-based economy.”

The announcement was made by Hon. Lisa MacLeod, Ontario’s Minister of Heritage, Sport, Tourism and Culture Industries.

“Ontario’s arts sector, like so many of the province’s heritage, sport, tourism and culture industries, was among the first and hardest hit by the Covid-19 pandemic. It is a ‘high-touch’ sector that depends on gatherings of people, and will take the longest to recover,” said Minister MacLeod.

Lighthouse Theatre’s Executive Director Nicole Campbell welcomed the funding. She said it has been a hard year for Lighthouse and says reopening remains a moving target.

“We don’t know what our capacity limits will be for reopening and are making plans for a number of different scenarios,” Ms Campbell said.

“We are adapting to the regulations which currently limit the theatre to 50 patrons but that could change. We are waiting as long as we can before making a decision on the summer season plans.”

She said in a regular year the theatre has a $2-million budget but with no ticket sales for the past year spending was slashed.

Despite being closed since last March and all the ongoing fixed costs, including keeping a century-old theatre building heated and maintained, Ms Campbell says the theatre’s future is secure.

She offers thanks to the community for its support of last summer’s Matching Campaign. With $115,000 raised in the community, the McKeil Family Foundation offered its full $100,000 gift for a total of $215,000.

Ms Campbell says the theatre had made prudent decisions during its recent years of successful seasons and entered the pandemic with a strong balance sheet. As well, the Ontario Arts Council and the Canada Council for the Arts continued their annual grant despite no theatre being produced “which also helped to mitigate expenses,” she said.

“Execulink Telecom has been great and is still committing to support us as the Season Presenter without knowing what that season will look like,” said Ms Campbell.

Despite this positive outlook, Ms Campbell sees “a long recovery for live theatre.”

“This summer’s season is not likely to be a full season,” she predicts, adding “but we’re still planning and hoping to present theatre in some way to our audiences.”

“From the safety perspective, to keep everyone safe, a full normal season is not possible,” said Ms Campbell.

“The pandemic has been devastating,” she says “but I’m still very positive about the future of live theatre in Port Dover.” 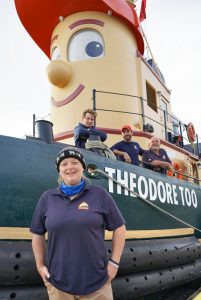 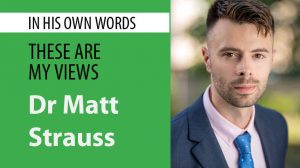