LIGHTHOUSE Festival Theatre announced last week the return of live theatre to Port Dover… outside, under a tent, for now.

The theatre has been closed to the public since March 2020. This summer, audiences will be treated to two world premiere productions. The shows are two new one act productions; a one-man comedy from Mark Crawford and a Lighthouse commissioned play from Kristin Da Silva.

With provincial regulations allowing more audience members for outdoor theatre, performances will take place under a tent on the grounds of the Links at Dover Coast golf course on New Lakeshore Road.

Moving outdoors allows Lighthouse to welcome a reduced audience of 54 people to each performance with health and safety protocols in place for all attendees, including wearing a face covering to and from their seats.

“With hope and positivity overflowing all around the county and province as life returns to some semblance of normality, we are delighted to begin our re-opening journey with a hilarious one act play from Mark Crawford“ said Derek Ritschel, Artistic Director of Lighthouse.

“An audience of 54 is only a sliver of the normally packed theatre we are used to playing to, but it is beyond energizing to be back with any sized audience and a great first step to returning to sold out performances and a full summer season by 2022.”

Mr Crawford’s play “Chase the Ace” is a story about Charlie King, a big city radio host who is forced to manage a small-town station. Not only does a pandemic begin his first week, but he finds himself chasing a story of municipal corruption.

Ms Da Silva’s “Beyond The Sea” finds Theo and Gwen, two strangers, who begin a conversation on a pier in a small town. With humour and heart, they explore love, loss and the importance of looking forward.

Lighthouse knew outdoor theatre was the key to this summer’s performances and started looking for potential venues in April. When Mr Ritschel mentioned this to Mark Stortini, COO of Dover Coast, he immediately offered the use of his professional event tent at the golf course the Links at Dover Coast.

“Lighthouse is eternally grateful to the community partners who have helped us reach this critical reopening milestone. We are so appreciative of Execulink Telecom for returning as the Season Presenter even before we knew what our summer playbill would look like, to the McKeil family for their incredible support and to the Links at Dover Coast for giving us a temporary home where we can get back to doing what we do best, making people laugh,” said Executive Director Nicole Campbell.

Lighthouse said the Province of Ontario provided funding to help the theatre purchase the necessary health and safety equipment for reopening.

Performances of “Chase The Ace” are set to run from Friday, July 23 to August 8 and “Beyond the Sea” will run from August 24 to Sept. 12. Tickets went on sale late last week.

Information about the shows, tickets and full details of the Covid protocols for attendees can be found at www.lighthousetheatre.com 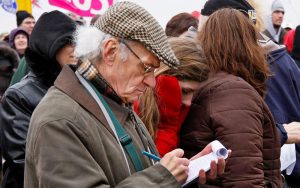