May 11th has significant personal meaning

On Tuesday, the Honourable Diane Finley announced that effective immediately she was stepping down as Member of Parliament for Haldimand-Norfolk. The date on Tuesday marked eight years to the day that her late husband Senator Doug Finley died.

Even though she has retired, the M.P.’s constituency office in Simcoe remains open to continue serving the community.

“People will inevitably ask me – why now? Why this date? Well, this date is incredibly meaningful to me, because this was the day that my late husband, Senator Doug Finley, died. He was one of my biggest supporters, both personally and professionally, and aside from each other, politics and public service were two of our greatest passions. It just seems fitting and symbolic that I also end my service and exit politics on the same date,” explained MP Finley.

Mrs. Finley announced last summer that she would not seek re-election as the local M.P. With this announcement, the government is required to hold a by-election within six months to fill the post. A federal general election could also be held before then.

“I want to reassure everyone that while I’m stepping down prior to the next election, my staff in Simcoe aren’t going anywhere. They will continue to be available to help you until the next MP is elected,” she said.

MP Finley has represented the riding of Haldimand-Norfolk for almost 17 years. First elected in June 2004 under the leadership of the Right Hon. Stephen Harper, she served in his cabinet for ten years.

In Opposition, she held numerous critic portfolios. She was also named Conservative Caucus-Party Liaison and was a member of the National Security and Intelligence Committee of Parliamentarians.

Mrs Finley lists some of her proudest accomplishments in government as having been the creation of the Universal Child Care Benefit, delivering citizenship for thousands of “Lost Canadians,” providing tobacco transition supports, creating protections for victims of human trafficking, establishing a showcase for workplace adaptations for persons with disabilities, personally designing the Service Canada logo, delivering countless local community infrastructure projects, and retiring the military’s Sea King helicopters by taking possession of the first six replacement Cyclones.

Mrs Finley was raised in Port Dover and Vittoria, attended elementary schools here and is a graduate of Port Dover Composite School.

“When I was about nine years old, my mother sat me down the night before an election and explained democracy to me, how important it is, and how lucky we are to have it. I remember that conversation vividly, and I can tell you that from then on, I dreamed of one day fighting for my community. To everyone in Haldimand-Norfolk – I can’t thank you enough for making that little nine-year-old girl’s dream a reality,” said MP Diane Finley.

“Throughout this crazy ride, I’ve been so blessed to have amazing people by my side, and I want to thank each and every one of them. From my family and friends, to my staff, to the countless volunteers, and of course the people of Haldimand-Norfolk – you have stuck by me through it all and helped me fill this job with memories that I will always cherish. Like the hero of the nine-year-old me, Winnie the Pooh, said, ‘How lucky I am to have something that makes saying goodbye so hard.’ Thank you everyone,” Mrs Finley said with a smile. 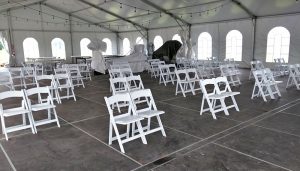 LIGHTHOUSE Festival Theatre announced last week the return of live theatre to Port Dover… outside, under a tent, for now. The theatre has been closed 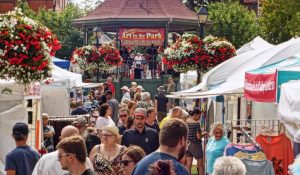 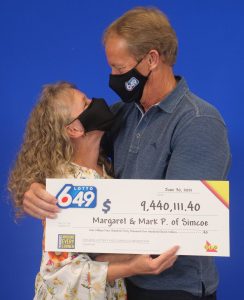